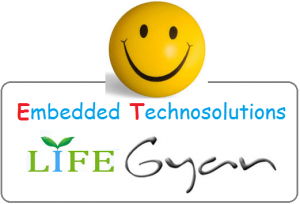 In O.G Mandino’s The greatest salesman in the world, a very important fact was made which said that:

“two amongst a thousand wise men will define success in the same words, yet failure is always described in one way. Failure is man’s inability to reach his goals in life whatever they may be.”

While success is relative, subjective, holds monetary and non- monetary value, failure is more a “one size fits all” recipe. Below are ten things people do to fail on purpose.

“Any successful entrepreneur knows that time is more valuable than money itself.” – Richard Branson

Unsuccessful people don’t value their time. They are everywhere, anywhere, anytime because they lack the ability to dedicate their time towards their goals. And year after year they make new promises which never come to fruition simply because they couldn’t be bothered to put in the time required towards their goals. Time management skills, learning how to say no and knowing what commitments to undertake, is a step towards great success in any area of our lives.

“It’s not hard to make decisions when you know what your values are.” – Roy Disney

“People seem to think that success in one area can compensate for failure in other areas, but can it really? True effectiveness requires balance” – Stephen Covey

So your boss sucks and you really hate your job but this is no reason to slack and produce mediocre work. You’re getting paid to be there so do it right, life has this universal law of giving you what you put in. It’s just maturity and wisdom to pursuit excellence no matter the circumstances. Unsuccessful people are the ones who are okay with getting bad grades and won’t bother finding an effective studying method that will help their learning ability, because after all, being a student of distinction is less about how smart you are but more about how well you can plan and prepare, and that makes you feel smarter and that in itself produces great results.

“You are what you are by what you believe” – Oprah Winfrey

Unsuccessful people tend to say things like “I’m just not good with numbers”, “I just really hate studying”, and “I just don’t think I can run a successful business”. They put limits on themselves and excuse their behaviour but it’s really just a way of underachieving and aiming low enough to not miss. Get rid of the idea that you only have a specific set of skills and talents for specific tasks, stop thinking that you’re not as intelligent as the next person. What life requires of you is to make the most of yourself, for yourself, and for others.

“If you can’t make it good, at least make it look good” – Bill Gates

These are the people who will find reasons and logic as to why they can’t and why they shouldn’t. They sometimes mistake this abhorrent tendency for “just being realistic”. They lack imagination and always find ways to justify why something shouldn’t be but they never really try. The best remedy for this is to stop your mind when it’s about to start making the excuses and re-ignite the engine that has started it all.

“You can easily judge the character of a man by how he treats those who can do nothing for him.” ― Johann Wolfgang von Goethe

Unsuccessful people usually tend to have no social IQ. They say things like “well at least I’m being honest” or “this is how I am, deal with it”. They don’t know how to treat other people and tend to be arrogant, for no apparent reasons most of the time. Nobody likes a big mouth, a show off, a humble boaster, or people who don’t know how to just say thank you when given a compliment. These traits are unbecoming and are not what true class acts are made of. Being nice and polite to people you like is easy, being nice and polite to someone you cannot tolerate or who you are in constant disagreement with – that is character. Learning how to speak to people is a skill only few have mastered. It has been said the best way to test a man’s character is by watching how he acts when standing in a very long queue and is met with bad service, how he handles Christmas lights and his reaction when you ruin their expensive items.

The funny thing about this one is that they are usually self-proclaimed procrastinators. They see no shame in it. This goes back to them never understanding the value of time. They are okay with living a life that keeps up with yesterday. They live life as though they just have another one in the bank. Let’s just see how round one goes and if all else fails we press next or rewind or pause. Understanding that you start dying the moment you are born and wisdom to realize that every day is a gift and you owe it to yourself to do everything you can do in those twenty four hours because nothing’s ever promised today tomorrow.

“Do something today, your future self will thank you for” – Les Brown

The simplicity of this rule of life may be why they disregard the magnitude of its effects. Unsuccessful people tend to ponder and leave footprints in the sands of time. They can talk a great game and they dream really big but they lack the courage to just go forth. Stop dreaming about what will be, dreams in themselves are not bad but get up, show up and DO something. Stop with the coffee shop meetings and go do something.

“All sunshine and no rain makes a dessert” – Arabian Proverb

There was a shepherd boy, he was not a warrior and he was small in size. He looked at a giant and said “I will strike you down and cut off your head” and that is exactly what he did. The thing with challenges is, they’re only as big as we make them seem and as strong as our weakness will allow. Unsuccessful people have not understood this and they give up all too quickly because things got uncomfortable, things got a little bit rough, they want roses without the thorns, babies without labour and a pot of gold at the end of the rainbow without bearing the storm. Overcoming challenges not only bring us closer to our goals but they turn us into someone we never imagined existed. Don’t be afraid to conquer fears and to enter new territory, step out of your comfort zone and challenge yourself. In the midst of adversity courage is born. You’ll never know how strong you are if you’ve never had to fight and sometimes you might fail but at least you failed and proved to Goliath that he wasn’t quite the Giant he thought he was.

“So, because you are lukewarm, and neither hot nor cold, I will spit you out of my mouth” –Revelation

Yes there are natural fence sitters. They never have an opinion about anything, they can’t make decisions and are over the border plain ignorant. They can’t hold smart conversations and are not open minded if it isn’t directly in relation to what they know. They think everyone should view life the way they view it. They are indifferent about everything and stand for nothing. They don’t read, they don’t educate themselves past “formal education” and they put no effort into how they present themselves. Even if they never achieve their highest potential this is okay with them because in a world so full of wonder and curiosity they have managed to find a way to be bored. Apathy is a silent killer. Find something that you are passionate about, even if you don’t get paid for it. Put your gift to use.

The people who are out there making things happen are not as extraordinary as we make them ought to be. They’re pretty plain and most of  the time after a second glance they’re not all that exceptional in any way but they’ve managed to get to where they are and stay there because they mastered the art of discipline and being the right person at the right time. Maybe you have so many things you want to complete and sometimes you feel so overwhelmed because, there’s just not enough time. Put the cell phone down, log off once in a while and stop minding everybody’s business and you’ll be amazed at the potential you’ll unlock.